After returning from Austria I had family I hadn’t seen since November,  so I headed down to see my grandparents and uncle. On my second evening I received a call from my boyfriend. “Can you get home early in the morning so we can go to Prague?” 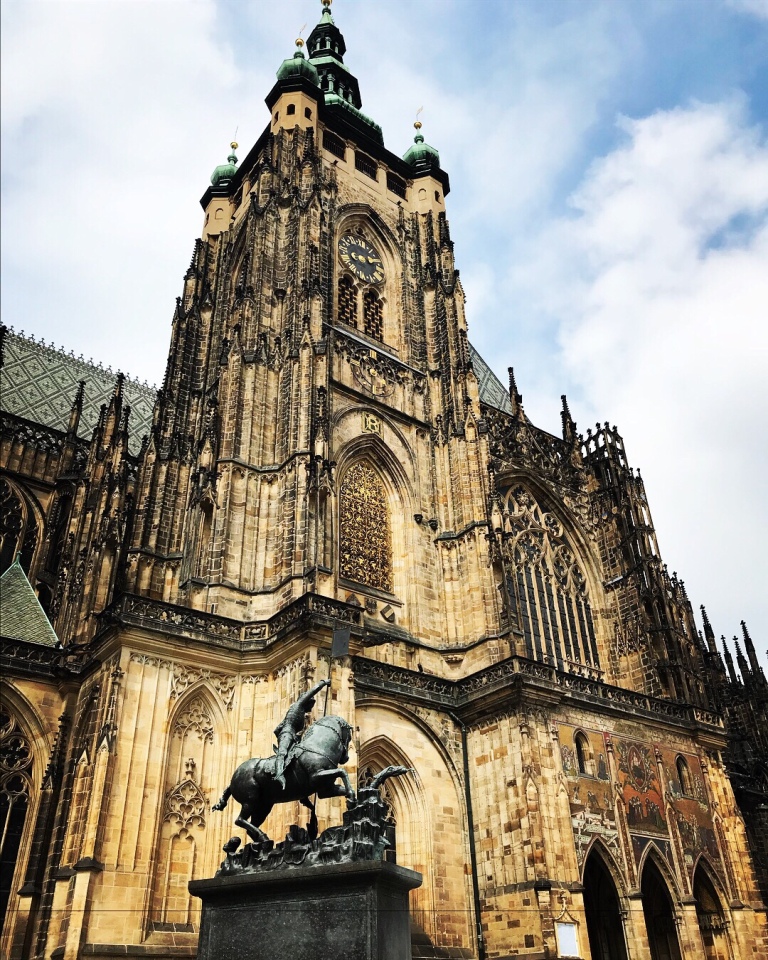 So I left my grandmas in Oxfordshire at 6am to drive home to Norfolk. He’d booked 2 nights in Prague with a flight leaving at 4pm, with a return timed perfectly before our return back to work. 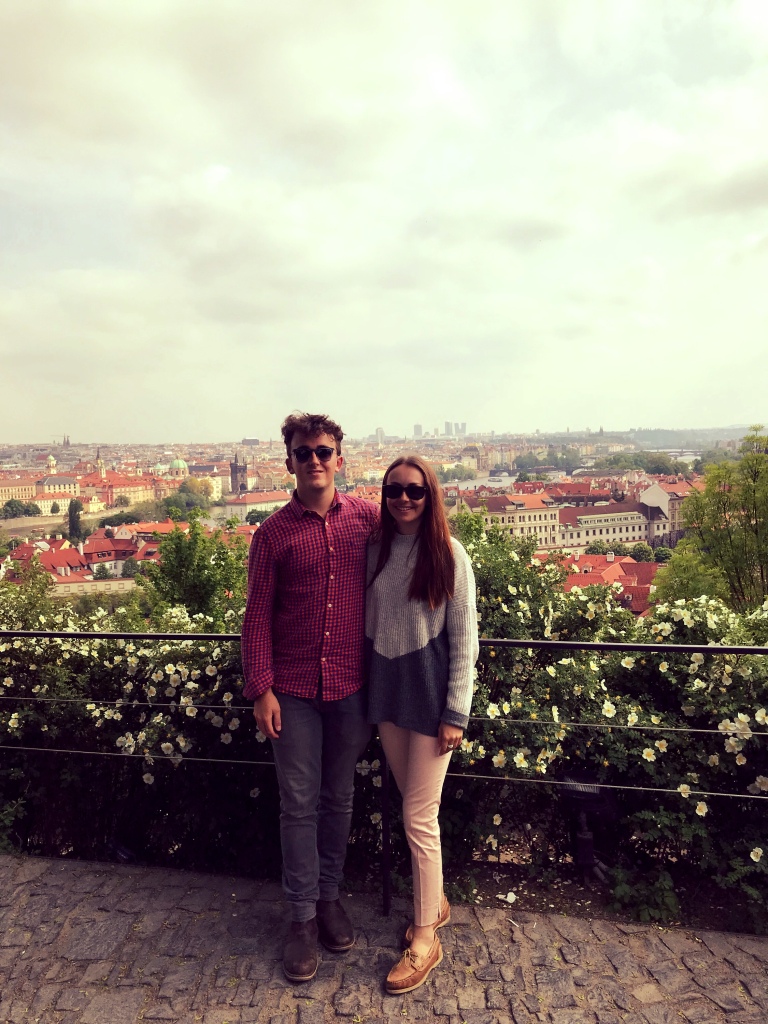 Spontaneity at its best, a city break in a place new to both of us. Our hotel was a 10 minute walk from the centre which meant we had a nice walk away from the hustle and bustle.  This left us feeling totally chilled. We arrived at Prague airport at 7pm and got an Uber to our hotel. After changing we headed into the town. From what we’d read online it was best to use the local currency instead of Euros, but there’s some dodgyness in conversions, so do educate yourself on the correct exchange rates online. We walked for a while to find quieter backstreets until we found a small restaurant with outside seating. We dined outside at around 9pm and I was warm enough in a dress. We definitely hit gold with the weather and temperatures, warm enough to walk all day in a dress but not too warm that it became uncomfortable.

Our meal consisting of 2 main courses, 2 beers & 2 tonic waters came to the equivalent of £30. The food and drink in Prague is a bargain, but if you’re conscious of steering away from tourist attractions and venture into the side streets, it also means there’s more traditional Czech food on offer. 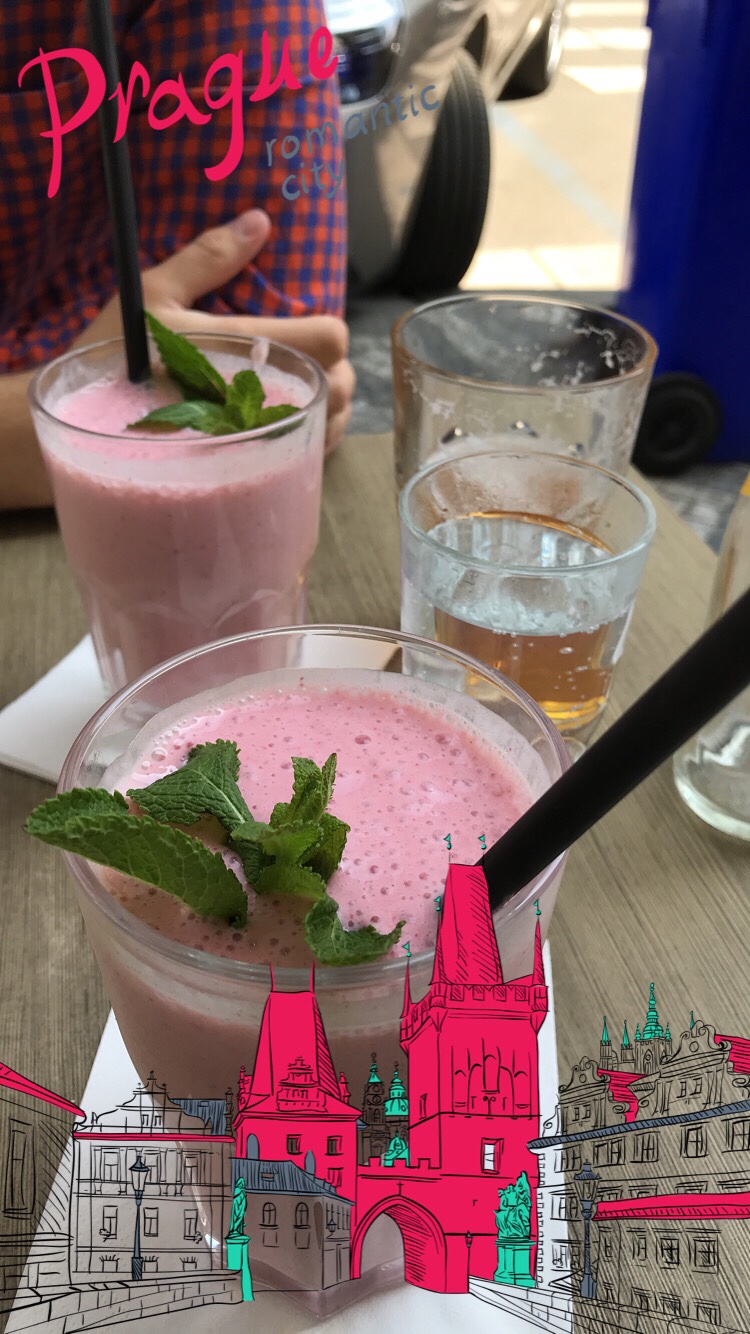 On our first full day we wanted to focus on the sights. We visited a Jewish Cemetery, and Prague castle. Prague castle dates back to the 9th century and is the office of the President of the Czech Republic. To get to the castle we walked across Charles bridge and up to the castle. Entry was free and so was entry to the cathedral, but we paid a fee to walk to the top of the St Vitus Cathedral clock tower which is where we had the best views across Prague. 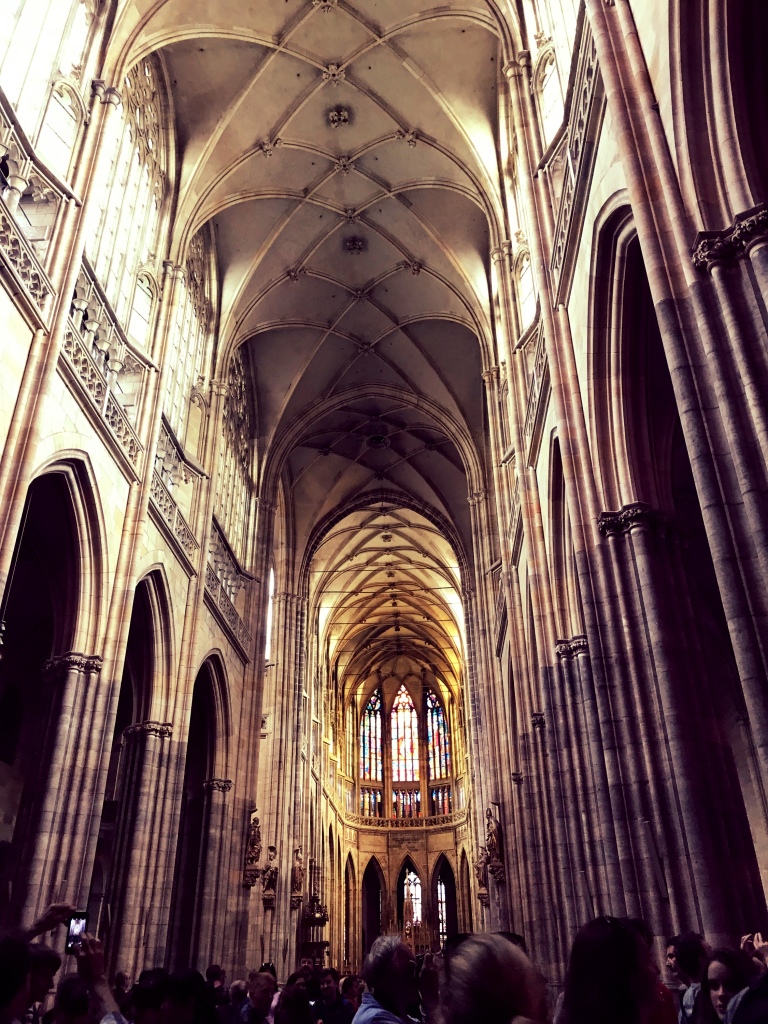 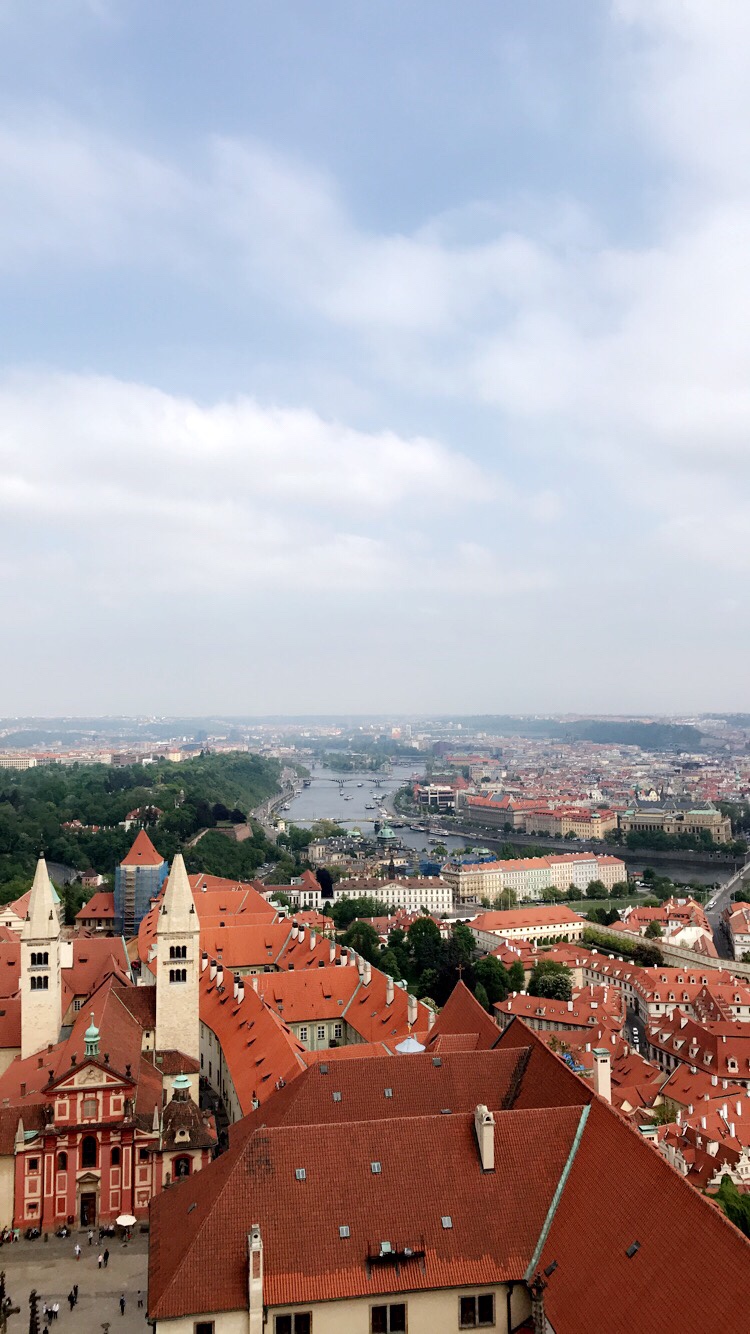 Due to the low prices of everything, eating large meals at lunch was also very affordable as apposed to just dinner (breakfast was included in our hotel).

We ate lunch twice at the same place due to the great location, service and menu. It was a mixture of traditional food and fresh classics. I’ll link the restaurant, which also had an art gallery.

On our final dinner we walked all through Prague until we found a restaurant next to once of the theatres. It was a quiet street which didn’t allow cars, making it peaceful and relaxing (the candles and lighting sold it for us). By the time we sat down it was 9pm and again I was outside in a dress. I ate homemade pasta with zucchini and Tom had chicken supreme. The food was basic, but fresh and delicious! My freshly made spaghetti came to £6! We then sat for another hour enjoying the setting and each other with a drink and Tom a pudding. It was the ultimate feeling of happiness, good food and my favourite company. 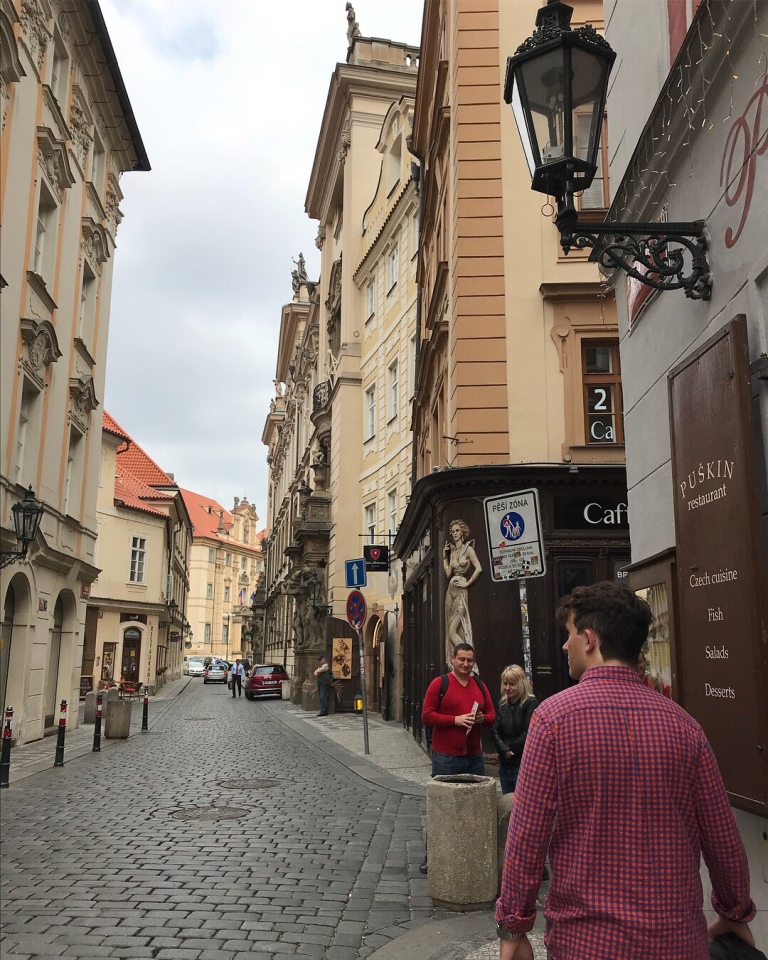 The following morning we packed up and headed into the city. We didn’t fly until 8pm so planned to leave the centre at 6pm. This gave us all day to enjoy the area. We walked for a couple of hours and then found the city hall and library, grand old buildings. The city hall has a Paternoster Lift – it doesn’t have doors and also never stops, from the 20th century. 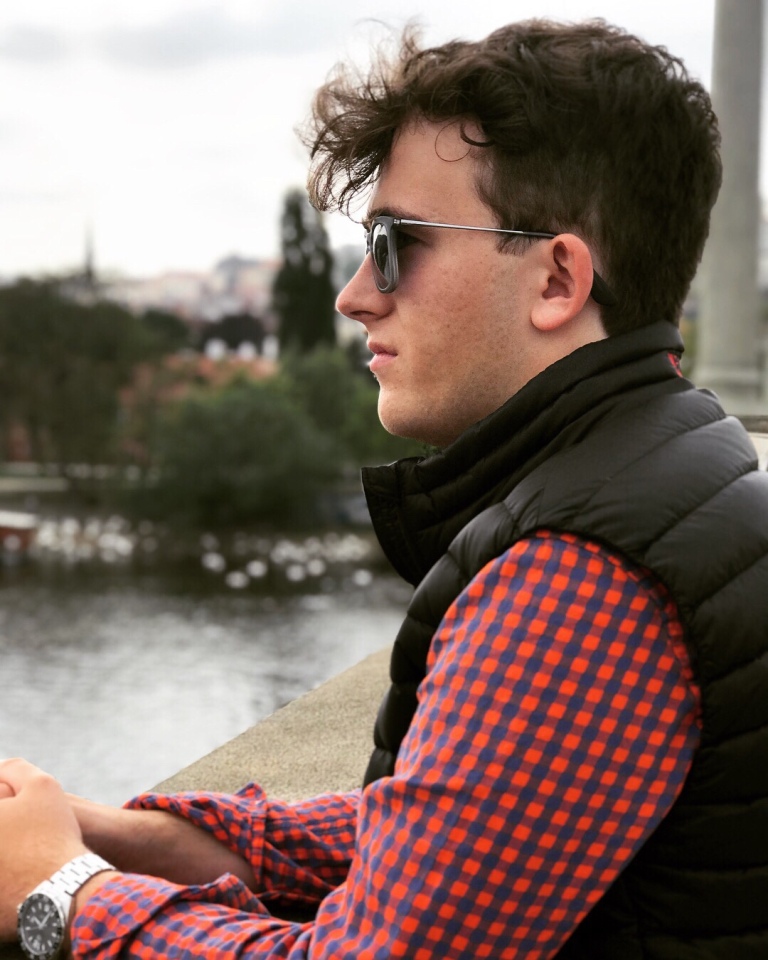 We had a relaxed lunch in the sun and continued walking. We later found a bar on the side of the river and had a local beer in the sun. The weather was incredible, so we spent a while sat in the sun and found a peaceful park to watch the world go by.

A massive help for us was ‘HONEST GUIDE’ on YouTube. Tom used his videos to find the best places to walk around, eat and handy tips about the local people and currency. I’d really recommend watching his videos to learn about the best areas to visit and sites not to miss.

We then got a 6pm Uber to the airport ready for our flight home. I’d really recommend using Uber as it meant we didn’t have to worry about cash and haggling for prices in a normal taxi.

Overall although our stay was short at three days and two nights, it was filled with history, good food and the best company. I would really recommend Prague for a city break and I’m sure Tom and I will be back. 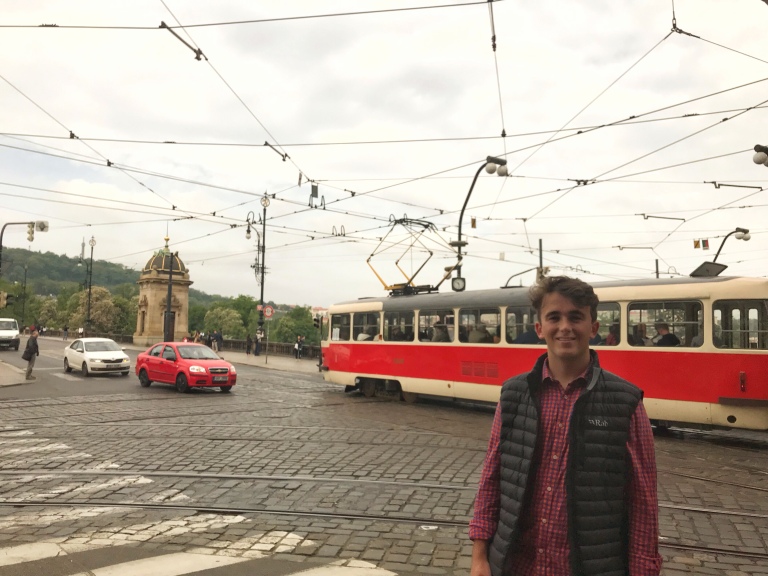 One thought on “Prague, Czech Republic.”